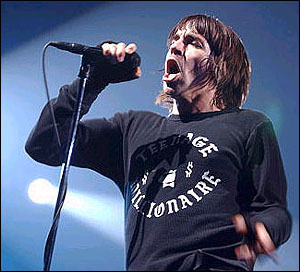 Kiedis will catalog stories of growing up as a Hollywood kid, sharing both drugs and women with his fast-living drug-dealing dad, having instant success as a child actor (he played Sylvester Stallone's son in "FIST") and pursuing his later dream to make great music while struggling with a burgeoning drug addiction.

"No rock star has ever been so eloquent about life on the edge as Anthony Kiedis, who will stand as naked in "Scar Tissue" as he sometimes has appeared on stage," Hyperion president Bob Miller said. "We're thrilled to be his publisher and confident that this book will be a major bestseller in 2004."